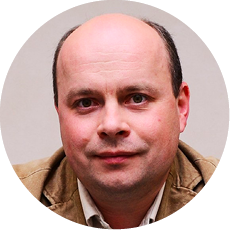 Andrei is the Managing Director focussing on Pharma and Biotech investments. He has over 15 years of scientific experience, with over 10 years in biopharma and investments. Andrei has served as a board member in seven US and European companies, several of which were publicly listed on the NASDAQ. As the CEO of Inbio Ventures, since 2013 Andrei has built a portfolio of 10 US and two EU companies syndicated with top venture funds and executed five exits. As the CSO of International biotechnology centre Generium in 2011-2014, he created an R&D portfolio of over 40 products. Andrei developed the first biosimilars in Russia, including the blood clotting factors VII, VIII and IX, with factor VII sales standing at $70m. Andrei has a PhD in Chemistry (Moscow State University), Institut Gustave Roussy. 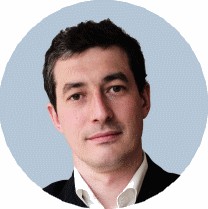 Ilya has over 20 years of scientific experience, with more than 15 of those years in biopharma and investments. As one of the heads of scientific due diligence at Inbio Ventures since 2014, he screened  over 2,000 opportunities, was involved in building the portfolio, and created clinical development plans for a number of projects. As a scientific expert at IBC Generium in 2010-2013, he performed scouting and due diligence of the opportunities, as well as R&D project management. In 2006-2009, he led the deployment of a laboratory for protein synthesis. In 2002-2005 he served at Algodign LLC, a computer-based drug design company, founded by future Nobel prize winner, Michael Levitt. Ilya has a PhD in Chemistry (Moscow State University). 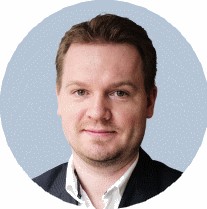 Dmitry has over 15 years’ experience in Private Equity / Venture Capital and M&A advisory, deal structuring and negotiations. He has played a leading role in due diligence, term sheet drafting, terms negotiation, review of binding documentation, and deal execution. Portfolio management roles include: operational issues, follow-on financings (private, PIPE, IPO), compliance and audit. As a Board member of portfolio companies, he was involved in assessment of major strategic moves, capital raisings and strategic deals, and has supported six IPOs of portfolio companies. Dmitry has a PhD in Economics from Moscow State University (with a thesis on stock markets).